Why video is the perfect advertising format

Video advertising has proved to be one of the fastest growing areas within the online advertising market due in part to major changes and new trends in users such as their move to content consumption on demand or growth in the use of social networks. According to data from eMarketer, it has already exceeded the investment in television in the United States and online ad revenue reached $ 71.29 billion in 2016. This means that not only can big companies afford it, but a small company can also consider investing in online video advertising.

ADVANTAGES OF ONLINE ADVERTISING ON VIDEO

1. Better impact. Online video campaigns are more effective and typically have between 50-100% more clicks on average. A video is much more entertaining than a banner by containing images and music, for example. All that makes it connects better with the audience and increase interactivity in turn.

2. Optimization of time. It can condense more information and transmit much more in less time.

3. Excellent measurement. The Internet allows you to measure the effectiveness of the campaign in a simple and direct way.

4. Compatible with all other actions and channels. It is complementary with other actions that are included in the same campaign and through different channels. In this case, it is necessary to study which contents are most effective in each channel.

5. It helps improve branding. People are more inclined to watch a video than to read a text, so presenting your products in a short video may be much better for your brand.

6. Much cheaper than traditional advertising, but not that the display.

7. It is positive for SEO. Google gives priority to YouTube videos, in addition, it is one of the contents that is consumed of increasing and constant way. Much more is shared through links and all this helps to index and position much faster than any other content.

8. It increases sales. Videos keep people’s attention longer and increase conversion ratios. Users can get up to 2 more minutes and become 64% more likely to buy something.

What kind of format is the one that suits you the most? They can be linear or non-linear. Video linear advertising is presented as a further sequence within the content, either before, during or after the user has consumed the content of the video, and has no choice but to watch full-screen advertising. The most recurring formats are pre-rolls, interactive takeovers and small intermittent bullets that appear before stream content. The nonlinear is the opposite, the user still has the option to see the content and advertising appears in 20% of the bottom of the video window, for example, in the case of video overlay which is the most common format. 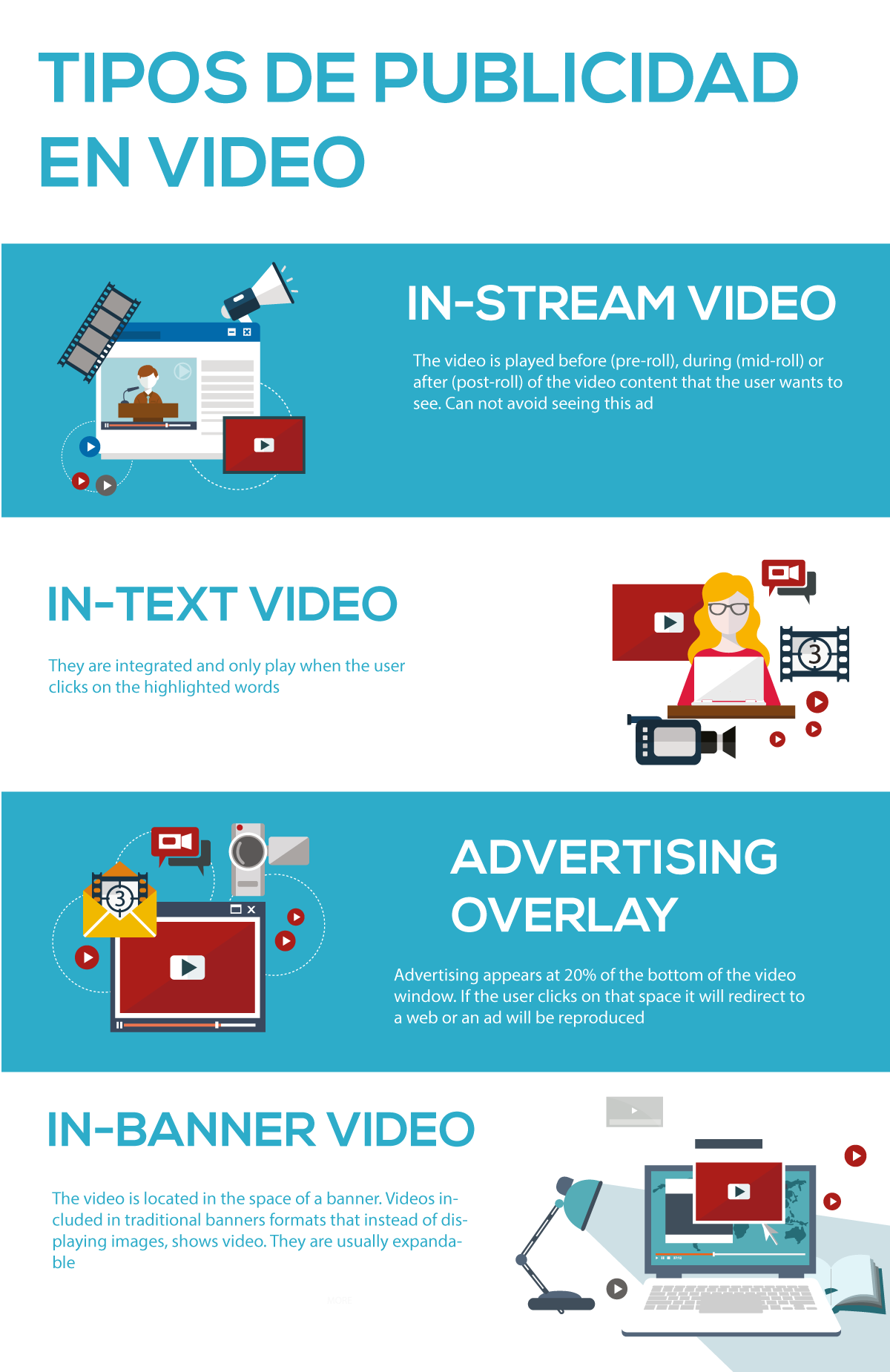 Rich Media. Advertisements that users can interact with, be they images, forms or even videos.

Video Clickable. The ad redirects the user to a web page. It is more expensive, but effective.

Video-Extender. You can zoom in or out on the content to the size you want the user to see. Useful for long-running ads.

Pushdown or sidekick. The user can choose whether to push the content of the web down and display the advertisement in full screen.

Every time new formulas appear to be more innovative and make the ads more striking if it fits but, in part, more intrusive.

But if you want to know how to capture customers with video marketing… Here are some tricks.