8 keys to applying neuromarketing and conquering the consumer’s senses 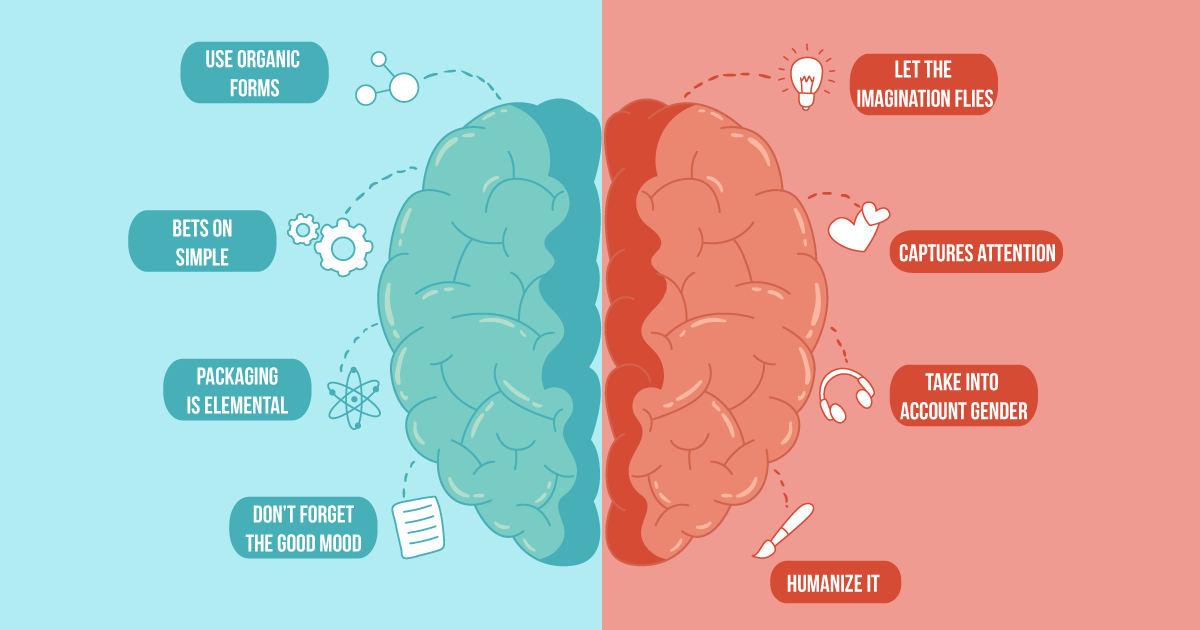 The consumer is a complex being who often does not say what he thinks or does what he says. But what if we could find out what is the most impact on your mind?

That is what neuromarketing is responsible for, a discipline that consists of using technology to measure the brain activity of consumers and, thus, use that information to be able to develop better products or services and know how to better communicate them.

Using brain imaging technologies, biosensors and eye tracking technologies that capture the emotional reaction it is possible to know the level of memory, attention and emotion that generates a certain action in the consumer.

With the following tips, you can discover how to apply the neuromarketing in your company to sell more:

1. Captures the attention of the eyes
Knowing what user looks at is key to any brand, company or advertising campaign. The typography used, the insertion of colours, the size of the images, their location in the composition … Everything can play an important role in establishing hierarchies of visual attraction.

For example, reflecting on the advertisement to a person who looks at the brand will cause the consumer to pay their attention to it by enhancing the company’s image and memory. It is also recommended to place the texts on the right and the images on the left.

In this sense, it can be very useful Feng-GUI, the web that details the supposed course that the human eyes carry out the first five seconds before a photo, a web or an advertisement.
2. Bets for the simple

The simpler a product, the more fascinating it is for the brain. The neuromarketing allows to design simple products or to make simple those that until now were much more complex. An example is seen in the evolution of software programs, the evolution of telephony or the apps themselves, who work very conscientiously in their prototypes and products usability.
3. Let your imagination flies

The brain has the ability to imagine what it does not see or what it expects to happen, and also imagine it in the best possible scenario. Therefore, if the user has to complete the image in an advertisement, the brain will connect better with it.
4. Use organic forms

The brain gets used to the forms we see in nature, plants, animals … and therefore receives the curved and round shapes better. For example, at Apple they strive to round the corners much more than others and that is why their products have a better design. The curves of their computers and telephones follow a geometric form called ‘squircle’, an Anglo-Saxon word that designates a circle of square edges.

This geometric figure, also considered a specific case of hyperellipse, is increasingly present in technology: Samsung used it to shape the icons of the Galaxy S7, Mercedes for the headlights of some of its models and Fiat for the interior of the Fiat Panda.
5. Do not forget the good mood

When the brain relaxes, it decreases stress and increases the oxygen supply to the brain. It is at that moment, relaxing in a good mood when the brain is more open to receiving stimulus, and therefore, it is easier for consumers to buy that product or service when is having fun, relaxing and making them enjoy.

Neuroscience and neuromarketing support the theory that men and women are different, and it is impossible for ads to be the same for each other. Therefore, knowing how to behave and managing products and services depending on the end customer will be one of the keys to success.

You should take into account, for example, that men and women have an ability to see the very different environment: she has a panoramic view, that is whereas he has tunnel vision, So they only see what they have in front of them.
7. Packaging is important

Although the moral lessons make it clear that beauty is in the interior and that nothing should be judged by its external appearance, the truth is that in a subconscious way decisions are still made starting from appearance. And in the case of consumer products and the relationship with brands, the appearance is much more important.

That is why brands have to take great care of the packaging of the products they bring to market. Good packaging not only keeps an element but also takes into account colour, smell, touch or sound when designing. In fact, measuring all these elements can even make the products work worse.
8. Humanize it

Using facial images of people generates engagement. On the contrary, placing people on their backs that are not seen on their faces produces the opposite effect, so it is best to avoid them.

The first of the Coca-Cola vs. Pepsi experiments date back to 1975. Pepsi executives were able to test people who went through shopping malls in several countries around the world with a glass of Coca-Cola and another glass of Pepsi, both without any label identifying them. The surprise was significant when they concluded that more than half of the volunteers claimed to prefer the taste of Pepsi.

In 2003 the test was repeated with the glasses of soft drinks identified and it happened exactly in reverse. More than half of the volunteers chose Coca-Cola.

Here you can watch a video made by BuzzFeed in which three couples undergo a blind tasting of Coca-Cola and Pepsi and some of them are unable to guess which of the two drinks are consuming.

This brand of cars launched in 2013 by GFK, a company specializing in neuromarketing, launched an experiment to identify and discover the emotions that a model like Golf and a few acronyms like GTI could get to get interest by a wide and varied sample of people.

With this objective was born the ‘Golf GTI Experiment’. For ten days, a total of 100 individuals selected statistically in Madrid and Barcelona were part of this experiment in which each of them was subjected to different biosensory measurement tests and visual care centres.

The feelings detected universally after the experiment with the Golf GTI were desire, interest, curiosity, confidence and comfort. Human brain reacts quickly to the stimulus of something we observe and immediately we would like to have to convey the sensation of desire.

All generations, from Golf I to Golf VI, have transmitted these emotions to a greater or lesser extent, and as a unanimous response, the acronyms GTI caused marked emotional peaks.

By continuing to browse the site you are agreeing to our use of cookies.