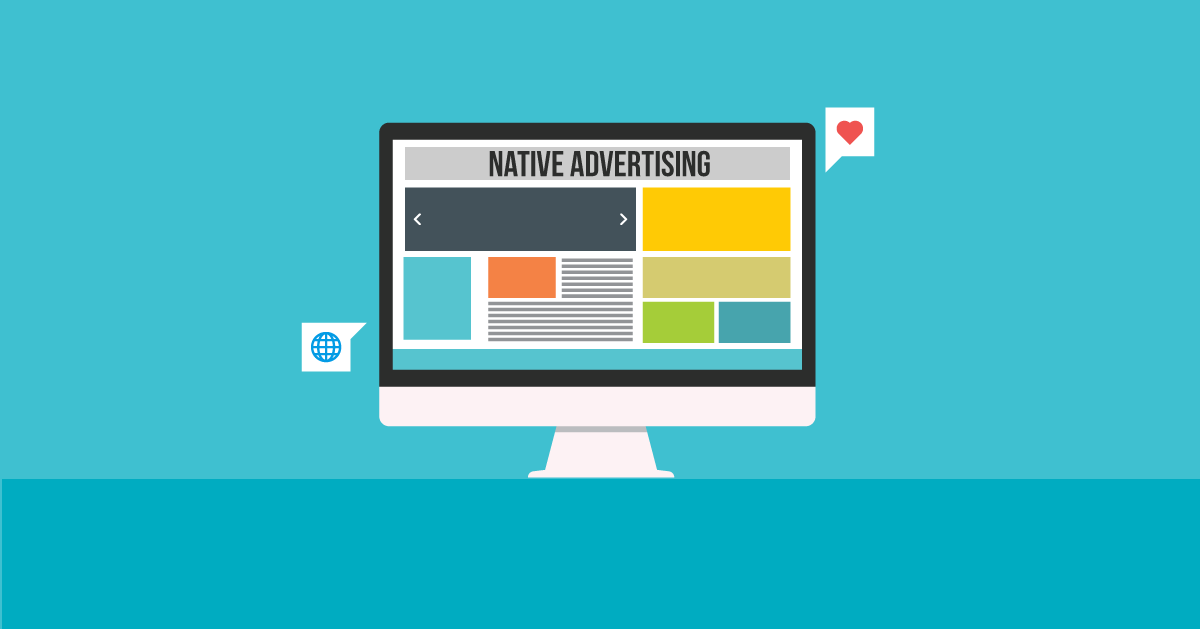 Native advertising is one of the trends that has emerged in recent years in the world of digital marketing before of the insatiable search for solutions against ad blocking, blocking Internet advertising. Users have been saturated with traditional display formats that interrupted their browsing and prefer advertising that offers relevant information.

Native advertising – also called content advertising or native advertising – is ideal for this because it consists of designing content to look or integrate into the common content of the website where they appear, following their standards or style books and in return for a consideration. Therefore, if the ads are inside the content they can not be blocked.

When advertising revenue in the media was affected by the economic crisis, this type of advertising was presented as the solution. And what the media are looking for with this technique is to integrate online advertising into their web pages using the content as an advertising space.

In many cases, native advertising manifests itself as an article or video created by a publicist for the purpose of promoting a product, and it is always necessary to specify that it is advertising content. Communicate to explicitly to the user that the content is offered by a company and not directly by the media becomes essential.

The newspaper companies have not forgotten the traditional advertising, but more and more are betting on native advertising in their web sites and, ultimately, for investigating new ways to approach their potential customers. Among the advantages of this format we can highlight:

Being liked by consumers

The basic objective of advertising is to like those who are going to receive it, in other words, to the potential customers of a brand, and they find the native advertising as a more amusing form of advertising and less invasive.

Grab the attention of visitors

Being a type of advertising that takes advantage of aesthetics and content to promote itself, its integration is greater and the impact is much better.

The ability to become viral is one of the reasons why the use of native advertising has increased. Having a type of advertising that gets customers to like and allows them to share it is an easily exploitable advantage.

One of the main problems presented by Internet advertising is that, on many occasions, it presents itself as a strange element. However, native advertising takes advantage of content, form and environment.

The deployment of the necessary resources of the native advertising is smaller: it requires little infrastructure and time of elaboration and its cost of realization is relatively low.

One problem with banners is that their click-through rate is very high, but native advertising, being integrated and more attractive, ensures that users arriving from those links to your landing page are interested in your offerings.

Examples of native advertising in media

BuzzFeed was one of the first means to insert native advertising. In 2013 they published the article ’14 Things We’d Only Read in the Bathroom’, sponsored by the brand of toilet paper Charmin.

The New York Times and Netflix

The US newspaper The New York Times opted for native advertising a year after BuzzFeed, in 2014. The newspaper published an extensive article about the many problems faced by women in prison and possible reforms of the penitentiary system.

A report with almost 1.500 words of extension and accompanied by graphics, audio and video, but was actually an advertisement paid by Netflix to promote ‘Orange is the New Black’, the television series set in a women’s prison.

The Onion and Starbucks

Starbucks has been a victim of the jokes of The Onion, an American newspaper specializing in satirical news. One of them was when the news was published ‘A new Starbucks is opened in the bath of a Starbucks’.

Instead of taking it badly, the brand of coffee took advantage of the popularity of the media and decided to publish with them the article ‘Scientists suggest that a productive weekend could be possible’, which claimed that such productivity would be the result of combine “certain levels of intrinsic motivation with an as yet unknown amount of Starbucks Doubleshot Espresso.”

What difference is between Branded Content and Native Advertising?

Branded Content and Native Advertising are two techniques in which a brand creates content and inserts it into a media, but there are certain differences between them.

Branded Content is a content of interest to the user, created by the brand and that, without advertising aspect, conveys its values. This format can be distributed by own  media, in which the brand has total control (web, social channels, apps), earned media (those means that cover the news without consideration), or paid media (where advertising could be framed Native). In this other post, you can learn more about this technique. Native advertising ‘camouflages’ between the content of the website or the medium in which it appears.

What is clear is that, far from being a fashion, native advertising has come to stay – at least in the media.

Tags: Trends
By continuing to browse the site you are agreeing to our use of cookies.