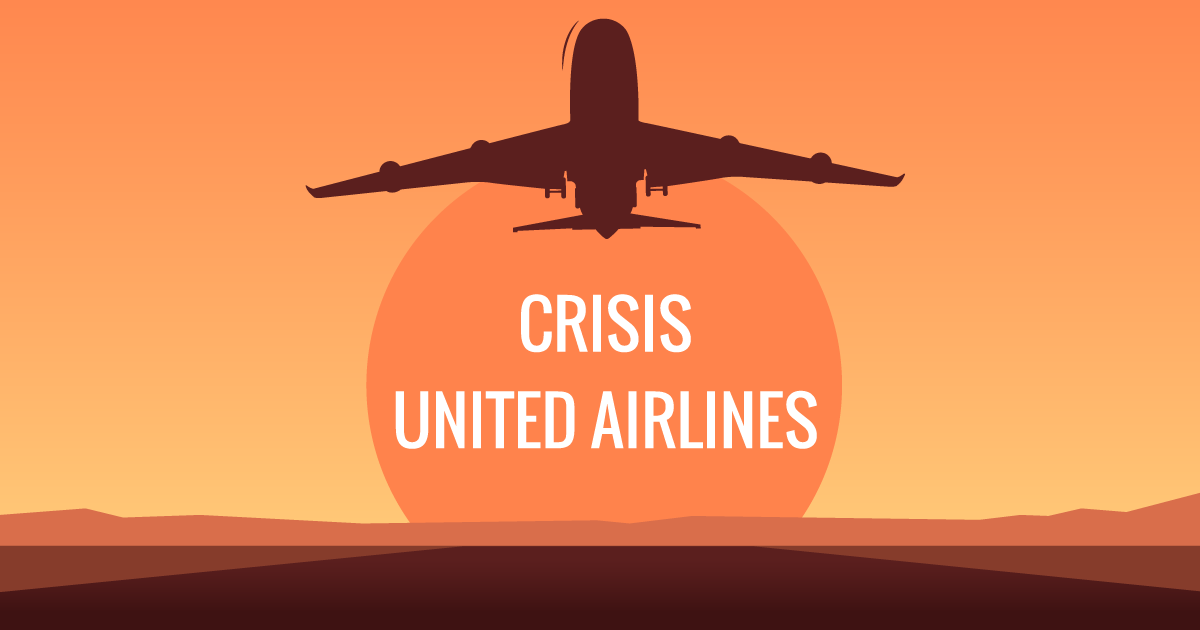 All airlines have the book of complaints and claims overflow, but the company that has aroused more negative opinions in social networks during the last month has been United Airlines.

It all started on March 27 with what is already known as #LeggingsGate when they prevented  two teenagers and a 10-year-old girl to board into a plane just because they were wearing leggings. It was quite controversial and media and users were quick to echo the event in social networks. Faced with this, the airline clarified that they were expelled because they were traveling with a United employee’s card which implies complying with a dress code.

When it seemed that this was going to be the only unfortunate event of the company, the 9 of April happened a new incident that has put it again in the spotlight and has greatly impaired Your public image:

It is a very common practice among airlines: sell more tickets than available seats on the plane, since they take into account that in the end do not all come and they make sure to fill them. But that day everyone went to the meeting. And while the company offered a compensation of $800 to volunteers who left the plane, none of them wanted to leave. So the company had to choose a random passenger, David Dao, who after refusing to leave was forcibly removed by the police: dragging the ground causing several injuries. The images and videos were spread by social networks such as gunpowder, in just one day the mentions amounted to 1.5 million, 100% more than usual:

Given the clear evidence of the nefarious treatment of the company with the passenger, the users were quick to ask for explanations and criticize the facts in a negative way:

How did the company react?

CEO Óscar Muñoz, who received a PR Weekly communication award a month ago, apologized the following day via the company’s official account for having to rearrange passengers due to overbooking. However, at that time he did not apologize for how events had happened.

He simply defended the action of the workers and said that the passenger had behaved in a “disturbing and belligerent” way. But on april 11, he apologized:

And in case it was a little scandal, two weeks later the company has returned to the stand because the giant rabbit that was to be the successor of Darius (the largest rabbit in the world) died in the hold of one of his planes flying from London To Chicago.

The issue is that the airline lives a huge crisis of reputation that has meant a stock market crash of 750 million dollars. The event had the spread in social networks of artists of international stature and of diverse media of the whole world. And in China, for example, the incident has been interpreted as an act of racism. Currently, there is a request on Change.org for the resignation of Óscar Muñoz that almost reaches 90,000 signatures.

Although the CEO was quick in his response, but through inadequate channels. He did not take long to pronounce himself, but he did so by reducing the importance of the fact or transferring responsibility to airport security members, always justifying their employees. Actions that do not contribute in any way to improving the brand image.

They are now changing their policies, but they have not put in place any kind of immediate and attractive compensation for affected clients – which are very viral in social networks – and also are what brands are commonly doing to manage a crisis And save your image, the most important asset of a company.

In short, social networks suppose to be under constant scrutiny in times of crisis and may be a greater damaged of the image.

Source of the data: Brandwatch